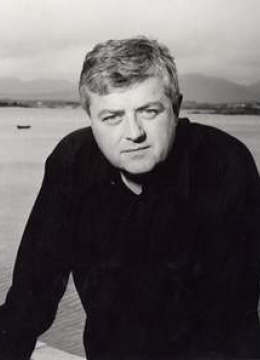 When Hollywood will turn its attention to the resurgence and redefinition of the Irish nation at the end of the twentieth century, the soundtrack will be the music of Bill Whelan. Born in 1950 in Limerick city, Bill Whelan received his schooling at Crescent College and later studied Law at University College, Dublin.

Bill Whelan became part of traditional music history when he joined the now legendary band Planxty, in 1980, playing the keyboards. Prophetically, the foundation of future success was laid by his composing, arranging and performing Planxty's 1981 Eurovision Song Contest interval piece, Timedance. He has worked with some of the most important popular music artists in Ireland and internationally, including U2, Van Morrisson and Kate Bush as a producer and arranger, but it is as a composer that he has made a significant impact on the cultural life of Ireland and the world.

His film compositions have included the scores for Lamb (1984), Some Mother's Son (1996) and Dancing at Lughnasa (1998) and he has written scores for 15 plays by W.B. Yeats as composer to the Abbey Theatre's W.B. Yeats International Theatre Festival. In 1987 he premiered his first major orchestral work, The Ó Riada Suite, which was conducted by Elmer Bernstein and performed by the National Symphony Orchestra. Other significant orchestral works include The Seville Suite, premiered at the Maestranza in Seville in 1992, and The Spirit of Mayo first performed in 1993. In these compositions and in the recording of the seminal album Eastwind with Davy Spillane and Andy Irvine in 1992, Bill brought together diverse music and dance styles.  This he also did with a team of performers - now world renowned - including Irish World Music Centre artists-in-residence Colin Dunne and Kenneth Edge. This fusion of style and personnel was manifested magnificently in the Riverdance phenomenon, a music and dance concept created through the imagination of Bill Whelan.

The original seven-minute performance as interval act at the 1994 Eurovision Song Contest is in no doubt the epiphenal moment of modern Irish history, capturing the confidence of a resurgent nation redefining itself through a communion of past, present and potential. Riverdance wasn't about 'the music of what happens' but is the music of what could be. Riverdance the Show has grown to be one of the world's most successful music and dance shows and has transformed the performance practice of Irish traditional music and dance. Not only are there at present four Riverdance companies permanently touring in various parts of the world but the success of the show has led to the development of countless others providing professional opportunites to thousands of traditional artists.

Bill Whelan continues as one of the foremost and busiest of Irish composers, arrangers and producers, straddling the worlds of classical music, traditional music, dance and theatre. He has received a Grammy Award for the Riverdance album recording, the Freedom of Limerick City and a Laurence Olivier Award nomination for his adaptation of Gilbert and Sullivan's HMS Pinafore. Recent projects such as his concerto Inishlacken, performed at the Kennedy Centre, Washington, by Fionnuala Hunt, Zoe Conway and the University of Limerick-based Irish Chamber Orchestra, demonstrate his commitment to the development of a distinctly Irish musical voice in an international context, both challenging and reconciling the musical traditions of this island.