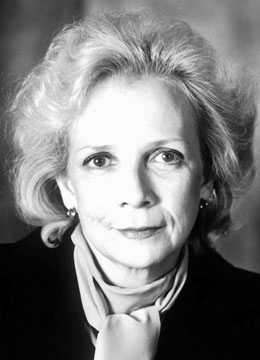 Anya Peterson Royce has dedicated herself to a life of learning. In her pursuit of the many possibilities offered in understanding people's lives and their values, she has become widely acknowledged as one of the anthropological pioneers in the study of performing arts. In her exploration of world culture and dance, she beautifully combines a foundation as a professional ballet dancer with the inquisitive nature of an anthropologist. After starting her career with the San Francisco Ballet Company, which was prematurely cut short due to injury, she changed course and entered Stanford University, where she received a BA with Distinction in Anthropology. She continued her studies in anthropology at the University of California, Berkeley, where she was awarded Master's and PhD degrees.

In the summer of 1967, Professor Peterson Royce began what would become many decades of commitment to understanding the culture of the Zapotec of the Isthmus of Juchitan, Mexico. By studying the transition of dance from village to theatre, she formed a deep understanding of the power of the celebration of music and dance as an insight into the identity and culture of the Zapotec. With the publication of her first book exploring the themes of ethnic and class identity among the Zapotec, she continued her field research in the areas of dance, ethnicity, nationalism, music and the role of the intellectual. These works, spanning forty years of ethnographic research, have been published worldwide in both Spanish and English.

Anya Peterson Royce is a Chancellor's Professor of Anthropology and of Comparative Literature at Indiana University and holds adjunct appointments in Latin American and Caribbean Studies, Comparative Literature, Philanthropic Studies, Folklore and Ethnomusicology. She writes and teaches in the areas of US ethnic diversity, the anthropology of dance and the performing arts, ethnicity and the ethnography of Mexico, particularly its indigenous peoples. In addition to holding several administrative appointments, she has published numerous books and scholarly articles. She has been a Guggenheim Fellow, a Delmas Fellow, a Bogliasco Foundation Fellow, a member of the Commission of Scholars for Louisville's Classic in Context and a Phi Beta Kappa Visiting Scholar.

In 2004, Anya Peterson Royce published her seminal publication, Anthropology of the Performing Arts. This publication is a landmark text in situating performance, music, dance and drama within a global context. It questions approaches to performance that have been predicated exclusively on Western traditions and understandings. This work provides a framework for guidance and inspiration as we navigate the endless possibilities for the University of Limerick's Irish World Academy of Music and Dance. The work of Anya Peterson Royce echoes the Academy's leitmotif Cothram na Féinne do Chultúir na Cruinne, translated as Fair Play for World Cultures. The concept of fair play is well-embedded in the consciousness of Hiberno-English and carries resonance for our culture and the notion of performance.

Her research embodies the Academy's ethos, making Anya Peterson Royce the natural person to turn to in the context of the Stepping Stones initiative. This initiative seeks to expand the Academy's programme of music and dance pedagogy to include dramatic and theatrical arts, extending beyond the stage to include street theatre, puppetry, mime, storytelling, carnival and a whole variety of theatrical performance practices of a global scope.

The Irish people are acutely aware of the integral importance of dance, music and literature to our culture and identity. Accordingly, we hold in high esteem contributions to the preservation and understanding of indigenous culture through nurturing and re-imagining music, arts and dance. A strong sense of culture underpins a nation's identity and helps us understand our past and envisage our future. Anya Peterson Royce's contributions to the study of performance and ethnicity have touched many cultures. Her commitment to pursuing a deep understanding of people's lives and their values in the exploration of performance, past and present, provides a gateway to interpreting the mastery and great beauty of performance as integral to world culture.

As the American philosopher Ralph Waldo Emerson once said: There are no days in life so memorable as those which vibrated to some stroke of the imagination. Anya Peterson Royce has explored the depths of understanding that same imagination and its great importance in the lives of so many.

There is no idea so uplifting as the idea of service to humanity.