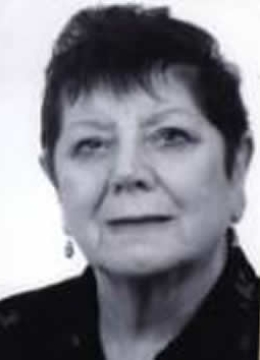 In honouring Anna Manahan the University of Limerick acknowledges the achievements of one of Ireland's foremost actors.  It is not surprising that Anna became an actress, as her family members were renowned for their theatrical associations in her home city Waterford.  At an early age the Mercy nuns fostered her acting talent. Performing in a school production she won her first acting award in a local Feis and was invited to join the Waterford Dramatic Society - the WDS - where her first public appearance was in a production of Quality Street.   The WDS was one of the foremost amateur dramatic societies of its time and Anna honed her early acting skills in the company of notable local actors.

Anna next enrolled in Dublin's Gaiety School of Acting and studied under the famed Ria Mooney, who identified her great acting strength as being the emotional depth which she brought to a part.  From the Gaiety School of Acting, she quickly progressed to touring with a fit-up company, Equity Productions. In 1949, Anna performed for a season in Limerick with the 37 Theatre Company, where she met her future husband Colm O'Kelly.  Though born in Waterford, Anna has close ties with Limerick - her grandfather, the late Cornelius Manahan came from Ballylanders.  This has led many of her Limerick fans to claim Anna as "one of ours".  In 1956, within ten months of their marriage, Colm died tragically in Egypt on a Gate Theatre Company Tour.

In Limerick, Anna had also met Alan and Carolyn Simpson and in 1957, working with them in the Dublin Pike Theatre, Anna encountered controversy, which has been the experience of so many innovative Irish artists.  Playing the part of Serafina, in The Rose Tattoo by Tennessee Williams, she was centrally involved in the infamous "fictitious condom" affair.  It did not matter that there was no condom, and not even an empty envelope - its existence was only mimed by Pat Nolan - the play fell foul of a last gasp censorship campaign by Irish officialdom leading to a criminal prosecution.  Rising above the controversy, Anna's performance catapulted her into a leading position in Irish theatre, with the critic Harold Hobson, of the Sunday Times, describing her performance as "a tour de force of sustained intensity".

Anna's career has spanned over 50 years of theatre, cinema, radio and television achievement.  During this time she has recreated many of the great characters of the golden age of Irish theatre and given birth to a host of new characters created by the contemporary giants of Irish theatre.   She is equally at home interpreting modern authors such as Brian Friel, Martin McDonagh and Brendan Behan as she is with Oscar Wilde, Sean O'Casey and John Millington Synge.  She has acted with all of the major Irish companies, including Hilton Edwards and Mícheal MacLíammóir's Gate Theatre Company; with Dr Gary Hines of the Druid and Phyllis Ryan's Gemini Productions.  Returning to her theatrical roots in Waterford she has made many appearances with the Red Kettle Theatre Company in productions such as Happy Birthday Dear Alice, The Old Ladies' Guide to Survival and The Crucible.

The association with people and place are an integral part of Anna's acting philosophy.  She gives credit to the City of Waterford and its people for their continuous support.  Speaking at the conferring of the freedom of Waterford City on her in 2002 she said "they say no man is a prophet in his country, but I say with respect, except in Waterford".  The love of place is not confined to her native city, as she has been a theatrical ambassador for Ireland on the world stage.  She describes her love of words as being "one of the virtues of being Irish".

If a sense of place has been the foundation on which Anna's art has been built, a love of people has raised that art to the highest levels. This affection is to be found in her identification with the characters she plays and the authors she serves.  She seems, not so much to act parts, as to live them.  Each character is infused with an interpretative integrity.  She insists "an actor should be a channel for a writer's words to come out and touch the audience".  She is above all else a playwright's actor. Hugh Leonard, commenting on why so many writers had written parts for her, said it was because she was faithful to the text.  Her deep regard of writers has the feel of a lifelong love affair, the intensity of which one glimpses from the following literary allusions.  Of Oscar Wilde she said "be proud of the wonderful legacy you left ... before it became popular to love you, I loved you".  John B Keane she speaks of as the close friend he was, describing him as "fearless and a man of such deep integrity".  Of his writing, she says "he had a magic with words and an understanding of life in rural Ireland which has ensured that his plays have, over 40 years, grown in strength enabling them to reach audiences beyond these shores".  The esteem in which John B held Anna led to him crafting the character Big Maggie especially for her.  At Keane's explicit request, made shortly before he died, she became the first actor in 35 years to open Writer's Week in Listowel in 2002.

Anna has been a superb interpreter of the works of many Irish and international authors.  Sylvia Beach described her interpretation of Molly Bloom's soliloquy in Ulysses as "the Molly that Jimmy wrote about".  As early as 1969, Anna received critical recognition in the USA when she received a Tony nomination for her performance as Hannah in Brian Friel's Lovers.  Some thirty years later, in 1998, she was finally to receive a Tony Award, the highest accolade in the theatrical world, for her performance as the mother in the Beauty Queen of Leenane by Martin McDonagh.  For Anna, the award was  recognition of her performance by her peers - fellow actors, producers and directors - whose opinion she values above all others.

In honouring Anna Manahan today, we are in a very real way honouring her personal theatrical philosophy.  This philosophy, redolent with affection for the authors and fellow actors who continue to sustain the Irish theatre, embodies an explicit recognition of the collective achievements of Irish theatre.  Her insistence on giving credit to authors and fellow actors means that we are today also honouring those contemporary Irish artists, actors and writers, who have maintained the outstanding tradition of Irish theatre in the last fifty years.  The warmth with which she makes these acknowledgements is a measure of her humanity. The University of Limerick honours Anna Manahan today and, thereby affirms the esteem and affection in which she is held, not just in her home city, but in Ireland generally.