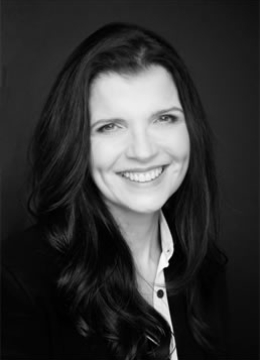 My biggest regret in life is that I never became a nurse because I'd be able to go out to all these countries and really help hands-on and really get stuck in. These were the words of activist and humanitarian Ali Hewson in 2005. The countries in question were Ethiopia, Nicaragua, El Salvador, Belarus and other places affected by war, famine, extreme poverty or nuclear disaster. For somebody upon whom one of the leading humanitarian awards in the world - the Princess Grace Humanitarian Award - has been bestowed, Ali Hewson's trips to these strife-ridden countries cannot have been as hands-off as her statement implies. On the contrary, Hewson's work as an environmentalist, activist, humanitarian and ethical businesswoman has been remarkable by any standards and has earned her huge respect at home and abroad.

Live Aid was the catalyst for Ali Hewson's humanitarian work. Following the July 1985 record-breaking event to raise funds to help victims of the Ethiopian famine, Ali and her husband, U2's Bono, spent five weeks as aid volunteers in Ajibar in Ethiopia. The following year, the couple made trips of a similar nature to strife-torn parts of Central America. By now Hewson had begun studying social sciences in University College Dublin, and in 1989, just two weeks after the birth of her first child, she graduated with a degree in social science, politics and sociology.

While Hewson was developing an interest in anti-nuclear activism in the early 1990s, particularly in relation to the Sellafield nuclear plant, another Irish woman was in the throes of setting up Chernobyl Children's Project International to give support and hope to children living in the aftermath of the 1986 Chernobyl nuclear disaster. In 1993, Adi Roche invited Ali Hewson to travel with a film crew to the blighted areas of Belarus to narrate Roche's documentary Black Wind, White Land: Living with Chernobyl. Hewson spent three weeks in Belarus making the documentary, which was shown on RTÉ in October 1993 to critical acclaim. In 1994, Ali Hewson became a patron of Chernobyl Children's Project International. According to Adi Roche, the organisation could never ever quantify in financial terms the benefit of having Ali as a patron. Hewson became a director of the board in 2007, and in 2009, staged a public abseil of the 17-storey Elysian Tower in Cork to raise funds for the organisation.

Working closely with Adi Roche down through the years, Hewson made at least ten aid-mission trips to the high-radiation exclusion zones of Belarus. Despite the risks to her health, she organised overland aid convoys and sometimes drove ambulances filled with medical supplies. She made sure that her own children met children with birth deformities and other illnesses from the affected regions so that they would have a broader appreciation of the world in which they lived.

Motivated once again by concern for the safety of children, Ali Hewson's attention returned to Sellafield in 2002. On the sixteenth anniversary of the Chernobyl disaster, Hewson led a postcard campaign to lobby for Sellafield to be shut down. The campaign saw over one million postcards bearing anti-Sellafield messages being sent by Irish citizens to, among others, the British Prime Minister Tony Blair, Prince Charles and British Nuclear Fuels chief executive Norman Askew. Hewson personally delivered a giant postcard to Prime Minister Blair at 10 Downing Street, inviting him to look her in the eye and tell her she was safe. He did not take her up on the offer.

Ali Hewson co-founded two ethical businesses, EDUN in 2005 and NUDE Skincare in 2007. The former was established with the mission of sourcing production and encouraging trade in Africa and the latter to create healthy, natural products using ethically sourced ingredients. In 2007, Hewson and her EDUN co-founder received the Council of Fashion Designers of America board of directors' Special Tribute Award for their humanitarian work through the company's clothing line.

In 2015, on behalf of the ONE Campaign, Ali Hewson signed an open letter addressed to German Chancellor Angela Merkel and African Union Commission chairperson Nkosazana Dlamini-Zuma in advance of the 2015 G7 summit in Germany and the African Union summit in the Republic of South Africa. On the premise that 'poverty is sexist', the letter urged the leaders to put the empowerment of girls and women on the agendas of their respective summits with a view to setting development funding priorities in advance of the September 2015 United Nations Sustainable Development summit in New York.

In 2002, Ali Hewson and Adi Roche were jointly awarded an honorary Doctor of Laws by the National University of Ireland, Galway for their outstanding humanitarianism. Today the University of Limerick follows suit and is proud to bestow honorary doctorates upon both women. To Ali Hewson, we salute you for your tireless work on behalf of children and the environment. Put succinctly by Prince Albert when you and Adi were presented with the Princess Grace Humanitarian Award in Monaco in 2015, There is a calling for us all in life, but some just hear it more than others. You have heard the calling and answered it in ways that have improved the lives of so many people around the world, and for that we honour you today.