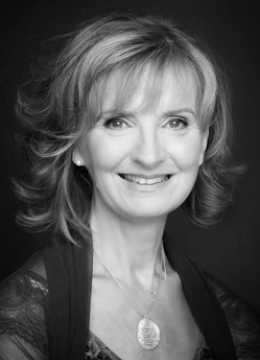 Thirty years ago, a catastrophic nuclear accident occurred at the Chernobyl Nuclear Power Plant in the town of Pripyat in northern Ukraine. An explosion released large quantities of radioactive particles into the atmosphere, which spread over much of western USSR and Europe. Seven million people were exposed to radioactivity, and the effects of the disaster will be felt for centuries to come.

Two days after the thirtieth anniversary of the world's worst nuclear accident, the University of Limerick is proud to welcome and to honour Adi Roche, founder and Executive Director of Chernobyl Children International. Adi Roche's involvement with Chernobyl began in 1986 in the immediate aftermath of the accident. Five years later, she read a fax that would change her life and that of thousands of children. Written by Belarusian and Ukrainian doctors, the fax appealed to the world at large to take damaged children away from Chernobyl's radioactive environment so that their bodies had some chance of recovery. Roche immediately set about recruiting Irish families to offer 'rest and recuperation' holidays to a small number of children to give them a chance to relax and detoxify in a healthy and loving environment. Thirty years on, Irish families have given sanctuary to more than 25,000 children from the affected area. The respite helps reduce the children's contamination levels by up to 50 percent and extends their life expectancy by two years on average.

Adi Roche founded the Chernobyl Children's Project International in 1991 and worked tirelessly over the next 25 years to provide humanitarian aid to the 'forgotten children' of Belarus, Western Russia and Ukraine. The organisation was renamed Chernobyl Children International (CCI) in 2010. Under Roche's leadership, CCI has initiated a number of aid programmes and delivered direct and indirect medical and humanitarian aid worth over €100 million to the areas most affected by the nuclear disaster. In 2004, the United Nations bestowed official NGO status on CCI.

Adi Roche's efforts to alleviate the suffering of victims of the Chernobyl accident have not been limited to the provision of humanitarian aid. She has used film, literature and visual arts to bring the disaster to the attention of the world. In 1993, she researched and co-produced the documentary Black Wind, White Land: Living with Chernobyl, which explores the tragic impact of the explosion on the people of Belarus. The documentary inspired over 7,000 volunteers to join Adi Roche in her mission. Following an invitation in 2001 from Kofi Annan, then Secretary-General of the United Nations, Roche launched an exhibition of the same name in New York city to highlight the consequences of the Chernobyl disaster. The show, which used digital imagery, photographs and sculpture, was seen by filmmaker Maryann De Leo, who got in touch with Roche to say that nobody in America knew anything about the Chernobyl legacy. In 2003, Roche collaborated with De Leo on Chernobyl Heart, a documentary film on children born with serious heart conditions after the nuclear disaster. De Leo's film won the Best Documentary Short Subject award at the 2004 Academy Awards. In 2006, Roche's critically acclaimed book Chernobyl Heart, 20 Years On was published a few months shy of the twentieth anniversary of the accident.

In 2010, the US-based World of Children organisation presented Adi Roche with the World of Children Health Award for pioneering CCI's 'Flying Doctors Cardiac Missions' to Ukraine, during which leading international cardiac surgeons carry out lifesaving operations on children with the 'Chernobyl Heart' condition. In 2015, the same organisation presented Adi with the World of Children Alumni Award for her work in transforming the lives of Chernobyl children. Also in 2015, along with CCI patron and long-term collaborator and friend Ali Hewson, Adi was the recipient of the prestigious Princess Grace Humanitarian Award in Monaco.

Belarus was the country most affected by the nuclear disaster. In 1998, for her outstanding humanitarian efforts, Belarus awarded its two highest national honours, the Frantcysk Skaryna Order and the Liquidators' Medal, to Adi Roche. Roche was the first foreigner to receive either award.

Through the work of this tireless and inspirational worker, the lives of thousands of young girls and boys from the heart of the 'Chernobyl zone' have been improved immeasurably. Adi Roche continues to work closely with the United Nations to prevent a recurrence of such an environmental catastrophe.

On a day so close to the thirtieth anniversary of the nuclear disaster, it gives the University of Limerick immense pride and pleasure to honour an international ambassador of Adi Roche's magnitude.