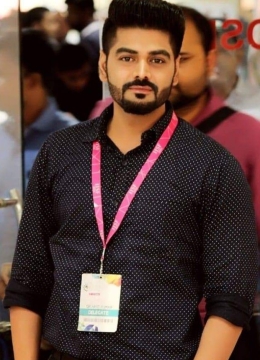 Amit completed his bachelor's degree in Chemistry and M.Tech. in Chemical Synthesis and Process Technology from the University of Delhi, India. He obtained his MS and Ph.D. in Materials Science from Japan Advanced Institute of Science and Technology, Japan. During his Ph.D. he worked on the synthesis of high-performance polymers from biomass. He was awarded MEXT Scholarship from the Japanese Government during his Ph.D. He has worked as an Assistant Professor at the University of Delhi where he not only taught undergrad students but also guide them in research projects. In 2019, he joined JAIST, Japan as Research Assistant Professor where he carry forward his Ph.D. work and also guide Masters and Ph.D. students in Professor Tatsuo Kaneko laboratory. Later he worked as Postdoctoral Research Scientist at the Slovak Academy of Sciences, Slovakia, where he worked with Ing. Igor Lacik, DrSc. on Functional polymer surfaces with a focus on surface modification and the study of the properties of biocompatible particles. He is currently working as a Postdoctoral Researcher at the Department of Chemical Sciences, Bernal Institute, University of Limerick in Dr. Tadhg Kennedy's group on Industry driven project "Characterisation and optimization of the curing of benzocyclobutene for semiconductor applications.