UL will be the first Irish university to register intent to submit an application as a coordinator of the European Margins Engaging for Regional and Global Empowerment (EMERGE) consortium.

A memorandum of understanding was signed with seven other University presidents and leaders in Brussels this Wednesday.

Speaking at the Irish Embassy in Brussels, Professor Kerstin Mey said that UL was preparing its most ambitious Erasmus+ application yet.

EMERGE consists of eight diverse universities situated on the peripheries of Europe, with the core aim of developing flexible and innovative approaches to knowledge co-creation and human capital.

The eight university presidents and leaders gathered at the Irish Embassy in Brussels, welcomed by Ambassador Kevin Conmy, to re-affirm their commitment to the mission and vision of EMERGE.

Professor Mey said: “It is fitting that in a year where Ireland is celebrating its 50th anniversary of the signing of the European membership treaty that we are the first Irish University seeking to lead a European Universities Initiative consortium.

“The transformative effect of joining the EU is seen in the close relations Ireland has built with our European colleagues where we share, contribute and benefit from our collective commitment to Europe and work for the greater good of all citizens.

“The impact of EU membership brought great opportunities and one of the most impactful on the lives of our students has been the Erasmus+ Programme,” she explained.

Professor Mey underlined UL’s commitment to the application, explaining: “In 2022, UL also celebrates its 50 anniversary, where we pride ourselves on being a home of firsts. We were the first university in Ireland to place students in industry and the first in Ireland to have a female President.

“While European Universities Initiative funding is highly prized and highly competitive I will make every effort for EMERGE to become the first EUI led by an Irish university,” she added.

Ambassador Conmy said: “I congratulate UL in taking the lead in this consortium of European Universities, building on its own origins of innovation and leadership in the Mid-West of Ireland. Pooling of talent and innovation from the periphery and regions in Europe is a great driver for development and investment and I wish UL and the consortium every success.”

Over a decade before the Erasmus Programme came into effect, the University of Limerick had a long-standing and proud tradition in European Studies, with the first dedicated Bachelor Programme in European studies in Europe and launched the first MA in European Integration.

UL commenced participation in the Erasmus+ Programme in 1988 and now sends and receives over 700 students across a network of 350 partners each academic year for studies. 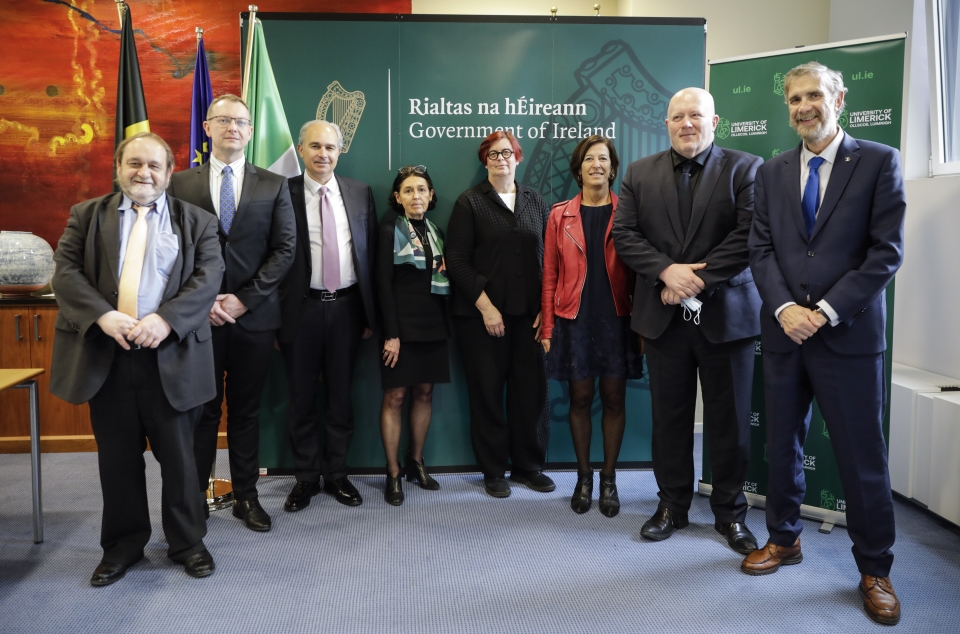