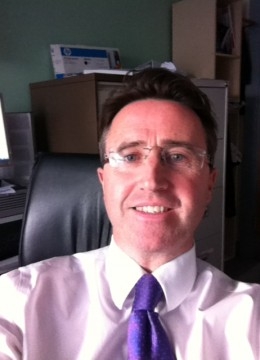 Dr. O’Keeffe qualified from University College Dublin in 1993. He trained in haematology in Addenbrooke’s Cambridge. He completed his MD research at the Cambridge Institute of Medical Research in 2005. He initially worked as a Consultant Haematologist in Northern Ireland in 2006 and moved to take up his post in the Mid-Western Regional Hospital in Limerick at the end of 2006. He is currently a Consultant Haematologist at University Hospital Limerick.  He took up his position as Director of Diagnostics in November 2016. His main areas of interest are coagulation, thrombosis, multiple myeloma, and myelodysplasia.