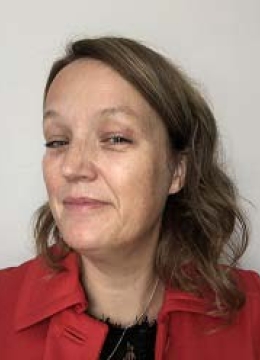 Future-making, the visualisation of organisational futures: an ethnography

This thesis explores the nature and role of visualisation in future-making in an organisational setting. It investigates how future making devices are embodied, shaped and circulated in and between actors. Building on calls from scholars for a ‘visual turn’ in organizational studies it examines organizational visualizations as a future making device, pointing the role of form in this regard. Visuals have long been neglected in futures studies with calls to investigate the role of visuals not only as passively depicting but as actively shaping the future. Along an empirical, ethnographic analysis of a health care company facing organisational change, this author explores how visuals are used in the process of making sense of an organisation’s future. The research depicts how, in the process of finding a convincing narrative of the future, visuals become vignettes of possible futures, mediated though a rich variety of forms and formats. Central to the work is an examination of the different material forms that visuals take at different points of time in the change process, which are seen to allow the futures narrative to emerge gradually. These different visual forms have certain characteristics, e.g. each allow for different modes of interaction and circulation among different audiences resulting in different kinds of attachment. This research examines how different forms of materiality lend themselves to different modes of interaction, modes of contestation and modes of consent, focusing on the evolving materiality of representations and the interaction of humans around an imagined future. This study has important implications for any organisation actively engaging in future-making. In particular, it recognises the importance of socio-materiality in future-making.  It suggests when engaging in future-making activities that material matter. In this context, choices made around the appropriate types of material form and representation have a direct implication on how ideas of the future travel or circulate within an organisation and also the relationships that emerge with their audiences. These are important considerations for practitioners in the field but also for scholars seeking to understand the nuances of the situated practice of future-making.