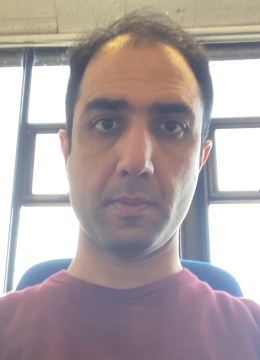 Dr Virag Sharma is a Lecturer at the Department of Chemical Sciences, University of Limerick.

Virag studied Pharmacy as an undergraduate at the University Institute of Pharmaceutical Sciences, Panjab University, Chandigarh, India. He followed his Bachelor's studies with a Master's degree in Pharmacoinformatics from the National Institute of Pharmaceutical Education and Research (NIPER), Mohali, India. Having studied in India until that point, Virag moved to University College Cork, Cork, Ireland where he finished his PhD while working with Prof Pavel Baranov and closely collaborating with the group of Prof John Atkins at the School of Cell Biology and Biochemistry. For his PhD, Virag worked on the discovery of genes that utilise non-standard mechanisms for their gene expression.

Following his PhD in early 2013, Virag moved to Dresden, Germany where he was a postdoctoral scientist, jointly at the Max Planck Institute of Molecular Cell Biology and Genetics and the Max Planck Institute of Physics for Complex Systems. During his time at MPI-CBG and MPI-PKS, Virag was involved in the development of computational methods for annotation of protein-coding genes in the genomes of higher organisms as well as discovering genes that have become inactivated during the course of evolution, particularly in placental mammals.

From 2018 onwards, Virag worked as a Research Associate at the Center for Regenerative Therapies, Dresden where he worked on the development of pipelines for the analysis of single-cell transcriptomic datasets.

Virag has been a Lecturer at the Department of Chemical Sciences, University of Limerick since November 2021.

His areas of research include comparative genomics and development of applications that utilise machine learning for the analysis of data generated from single-cell transcriptomics experiments.