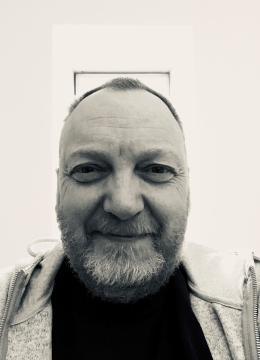 David Corcoran is a senior lecturer in the Department of Physics who has served as the Head of the Department of Physics (2005-2011; 2014-2021), and the Head of the School of Natural Sciences (2018-2020) in the University of Limerick. He is a founding executive member of the Materials and Surface Science Institute, Ireland’s premier research institute on materials science and now part of the Bernal Institute. He is a BSc Applied Physics graduate of DCU (1989) and he carried out his postgraduate research in the School of Cosmic Physics at the Dublin Institute for Advanced Studies, graduating with a PhD for this work from DCU (1994).

He researches in the area of statistical physics and non-linear dynamics and has published in high impact research journals in his field including Physical Review Letters, Physical Review E, ACS Applied Materials & Interfaces amongst others on topics spanning self-organisation and fractal behaviour in systems from nanoparticles to crystals to granular media to earthquakes. In his earlier work he researched star formation and published in Nature, and Astronomy & Astrophysics. He was honoured to be an invited Member of the Hubble Space Telescope Heritage Team and was a member of the team that reported the first ever discovery of a magnetic field in a young stellar outflow.

He has worked with top researchers from the University of Cambridge, the Max Planck Institute, the CNR-Institute Rome and the Dublin Institute for Advanced Studies. He has graduated 9 PhD students, 3 Research MSc students, and published some 40 research articles.

Most recently he has returned to his earlier research in Astrophysics specifically on star formation, and is currently bringing the tools and skills developed in statistical and non-linear physics to bear on the study of star formation on a galactic scale.