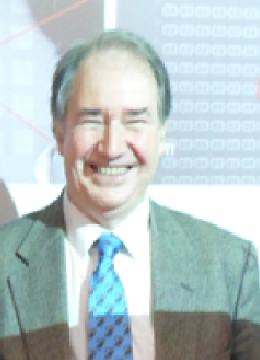 Prof. D. N. Buckley is Professor of Physics Emeritus at the University of Limerick, Ireland and Adjunct Professor of Chemical Engineering at Case Western University, Clevelend, USA. He has served as an editor of both The Journal of the Electrochemical Society and Electrochemical and Solid State Letters and as President of The Electrochemical Society (ECS). He has received both the Electronics and Photonics Division Award of ECS and the Heinz Gerischer Award. He is a Fellow of ECS and was formerly Chair of the Electronics Division of the Society. He is an internationally recognized leader in the application of physical science to state-of-the-art microelectronics, photonics and nanotechnology, with over 40 years of research experience including 17 years at Bell Laboratories (Murray Hill, NJ, USA). He has also held positions as Adjunct Professor at Cooper Union (New York) and College of St. Elizabeth (Morristown, NJ). His principal research interests and activities are in the areas of metal and semiconductor thin films and nanostructures for electronic and photonic applications, III-V semiconductors, electrochemical nanotechnology, electrodeposition and electrochemical energy storage. He has organized many technical symposia, has edited over 20 volumes of symposium proceedings and has published over 150 papers. He has also taught a graduate-level course in scientific writing since 2006 at the University of Limerick and via webcast at five other universities, and he has taught a short version of the course at ECS Meetings in Vancouver, Las Vegas, Montreal, Boston, Seattle and Chicago.