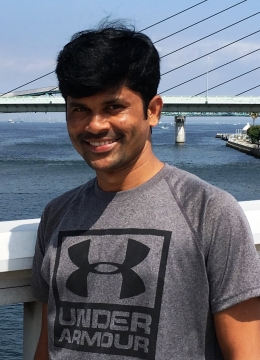 Dr. Suresh Sanda was born in Telangana, India．He was educated in Kodad, Telangana, he completed a B.Sc. in 2005. He moved to Osmania University, Hyderabad for M.Sc. (2008) and worked as a lecturer in the same university until February 2011. Subsequently, he joined IISER Bhopal for Ph.D. (2016) under the supervision of Dr. Sanjit Konar. During his doctoral studies, he worked on Metal-Organic Framework (MOF) materials and explored their potential applications in Sorption, Proton conduction, and Sensing, etc. He joined Dr. Tashiro`s Reticular Materials Group at NIMS, Japan (2016-2017) and worked on Metal complex loaded Aerogels for photocatalysis applications. Later he moved to Clemson University, USA (2017-2018) and worked on Pd-based Metallacycles for electrochemical applications. He joined Prof. Mike Zaworotko’s group in May 2018, and his current research interests are focused on exploring porous metal-organic materials for water sorption applications.