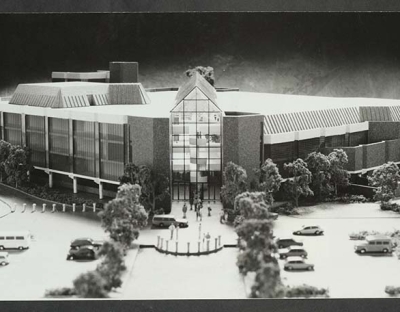 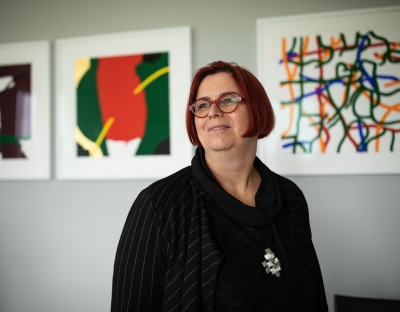 Speaking to UL Links on the future education and on UL’s ability to devise industry relevant programmes and produce top quality graduates, the ADI CEO Vincent Roche says that you need to look back at the institution’s history and from there you can understand why UL and ADI partnered.

“Go back over 40 years, when ADI was moving in to Ireland and UL predecessor was formed and you can see why that happened. It was because of the symbiotic connection between Ed Walsh and our founder Ray Stata who had a vision for how a university could really serve the purposes of industry,” he explains.

“That was tremendous attractive then, and remains so now.

“Ed and Ray had a vision for that symbiosis as to how universities could help serve industries and how industry could tap in to universities.

The ADI chief says that the “we are actually crossing boundaries between the pieces”, by suggesting that the young graduates of today who have the “ability to synthesize systems, hardware and software,” are of huge value to industry.

“Computing is how we're creating value these days and we are creating versions of the real world, where we're modelling them, we're processing them in the computing domain and software is the tool to do that. So my need in the fastest growing area of skill development, is software.”

Noting the importance of learning while practicing, Mr Roche says;

One of the great values of UL over the years has been the co-op education system, getting people who spend a couple of stints in industry to learn how the real world works, to work on real world problems, and then you're a more fully formed employee.

To that end, the ADI CEO says that the new Immersive Software Engineering (ISE) programme at UL is hugely important and will “leverage the power of combinatorial innovation and thus create more fully formed potential employees who already have expertise and will get expertise at ADI on hardware, as well as software and systems engineering. They are the three key components here.”

On the development of highly employable graduates and taking them a step further in their learning experience so as to maximise potential, the Wexford native, who graduated in 1982 from the National Institute for Higher Education - now UL - says that they need to be problem solvers, critical thinkers, and they need to know what the jobs of the future could be.

“I think what you're seeing, and I see this too at some of the big institutions here in America, is that there is a movement towards problem solving based education,” he explains.

“That will eventually lead to growth and success and the one overwhelming facet of success is the rate at which companies
can learn and adapt.

“What we're doing with ourselves and Stripe, and the other programme partners with UL, is we are creating an environment where undergrads will get real problems to work on that have a real meaning to us. It is a process of learning and how to adapt it into getting useful outcomes.

Speaking about the partnership between UL and ADI down through the years, Mr Roche says that it centres on the question of how does any relationship survive and thrive really.

“I would say in many ways, the values of both organizations are quite well aligned and I view UL, still today, as the most progressive University in Ireland.

“That is still very attractive to us, to be working with an organization that is progressive, looking for change and are willing to take risk and willing to try new things.

“It is very attractive for us to work with progressive organizations, progressive customers who push us on the innovation side - progressive universities like MIT, like UL, like Leuven in Belgium and those who are on the forefront taking risk, and trying to push the boundaries, that’s who we want to work with,” he adds.

Speaking on the future impact of education on his industry, the ADI CEO believes that “it is about being able to get these three concentric circles or interlocking circles of hardware, software and systems, elevating the capabilities at the intersection of those three things.

“The areas of computational science, which is really about the intersection of molecules and data, or molecules and artificial intelligence, is going to spawn another 30 or 40 years of massive innovation”.

Further explaining this, Mr Roche notes the words of E O Wilson; “We are drowning in information, while starving for wisdom. The world henceforth will be run by synthesizers, people able to put together the right information at the right time, think critically about it, and make important choices wisely.”

The greatest example of that, according to Mr Roche, who joined ADI six years after graduating from NIHE with a Bachelor of Science in Electronic Systems, “computational biology, was the engineering of a vaccine to deal with COVID-19. We did it in less than a year and that is a great example of the intersection of computing, artificial intelligence and biology.

“So that, to me, is a precursor of what's coming because biggest problems that we have to solve are human and planetary health.

“We are only beginning to think about how to use the world of information technology to help us really deal with this most complex problem of all, which is climate change, and environmental destruction.

“Regenerating the planet and the oceans is going to require the deployment of a lot of technology and those are marvellous
places to put our science and technology to work.

When asked if education, research and industry collaborations will act as fast in the future as they did to rapidly create a vaccine in response to COVID 19, Mr Roche says that it was one of the best examples of problem based learning being put to the test and therefore should be the benchmark going forward.

Scientists who worked with research computational biology, hardware, software and artificial intelligence were able to solve the vaccination problem so quickly, he explains

“It is the most marvellous example of the use of advanced communications technologies and the pooling of knowledge at real at light speed to solve a burgeoning problem.

The ADI CEO adds that philanthropy was also an important factor.

“So to speak as to how we do things going forward, this has to be the way we do it.

“I mean, if I look at the climate problem, that is a problem of chemistry, biology, as well as physics.

“Solving that, in my opinion, will be the greatest collaboration ever in the history of mankind. Trying to regenerate our environment and solve climate change. That will be the ultimate collaboration programme across research entities, universities,
industry as well as science.

Aligned to those goals, the Analog boss pays tribute to the work at Catalyst, the development centre where customers, business partners, and suppliers come together to engage with ADI’s people, technology, expertise, and support infrastructure to collaborate and solve at an accelerated pace.

“It is stimulating more indigenous forms of innovation, and invention and I think that is so important to Ireland because we have had a great platform over the years for using our soft power globally.

“I believe that by connecting the pieces in Ireland, the best scientists with the best technologists, solving problems that matter, can really leverage Ireland’s footprint across the globe.

“I think it's a phenomenal opportunity to leverage more latent potential in Ireland to develop a whole new stream of education, of economy and of technology,” Mr Roche concludes.
- Andrew Carey