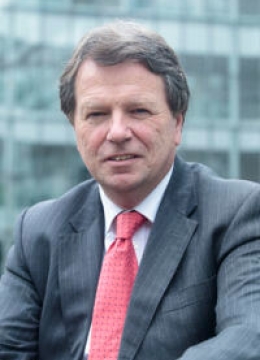 Fergus is Professor and Chair of the Department of Medicine at University College Cork (UCC). He is a UCD medical graduate and was awarded the gold medal in medicine from the Mater Hospital, Dublin. After internship and residency in internal medicine in Dublin, he trained in Clinical Immunology at McMaster University, Canada and in Gastroenterology at the University of California, Los Angeles (UCLA). He has been awarded Fellowships from the Royal College of Physicians in Ireland, Canada and the United Kingdom and the Fellowship of the American College of Physicians. Before returning to Ireland in 1993 he was Associate Professor of Medicine with tenure at UCLA. He has published over 450 peer-reviewed scientific articles and several books. As well as being Director of the APC, Fergus is also a Principal Investigator in the Host-Microbe Dialogue research spoke, with particular research interests in mucosal immunology, inflammatory bowel disease and most things that influence the human experience. He was recently named to the “Irish Life Science 50” a list of the top 50 Irish and Irish Americans in the life science industry. In 2013, Science Foundation Ireland named him as its Researcher of the Year.