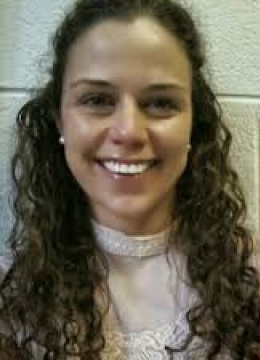 Eibhlís O’Connor is the lead Principal Investigator and Coordinator on the FIBREMET project. She is a registered Human Nutritionist and Lecturer in the Department of Biological Sciences, University of Limerick (UL). She has a BSc and PhD in Nutritional Sciences from University College Cork (UCC). Her research interests include the role of novel, vitamin-K dependent proteins in health and disease, and specifically those involved in bone metabolism, cognition, glucose regulation and cardiovascular health. She also has a keen interest in how diet can impact and modulate the gut microbiota and thus impact health in specific population groups. Eibhlís lead a US Allen Foundation-funded project analysing dietary and microbiota-derived vitamin K and its relationship with inflammation and cognition in older individuals. Other on-going research focuses on skeletal regulation of glucose metabolism. Eibhlís is a Faculty Member of the Alimentary Pharmabiotic Centre, (APC) UCC and is involved in a number of projects (including task leader on the DAFM funded IMMUNOMET team - a collaborative project (with APC, UCD and Teagasc) designed to investigate the effect of dietary manipulation on microbiota diversity for controlling immune function and metabolism) investigating how diet can modulate the gut microbiota in specific population groups including diabetics and the elderly. Previously, she led the UL/UCC contribution to the MaNuEL (Malnutrition in the Elderly) Knowledge Hub, a pan-European Joint Action as part of the ‘Healthy Diet for a Healthy Life’ initiative. Eibhlís is a member of the UL Health Research Institute.