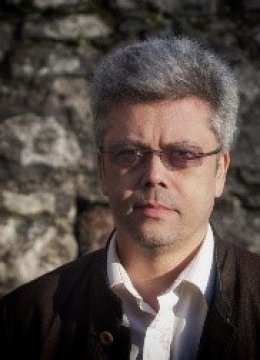 Robin Parmar explores the phenomenology of place and the poetics of memory using non-narrative film, generative installations, poetic texts, and environmental composition. Research interests include psychoacoustics, visual music, field recording, audio synthesis, radiophonics, and epistemologies of nature. He has released eleven albums: on Silent Records (USA), Gruenrekorder (Germany), and his own Stolen Mirror (Ireland). "Music for Glaciers," a generative performance, debuted on Culture Night 2019 in Limerick. His film "The Swerve" premiéred at Light Moves: Festival of Screendance 2018. Awards include the Invisible Places residency (The Azores, 2017) and an Arts Council Bursary (2017). Robin has a doctorate in Sonic Creativity from De Montfort University (Leicester, UK) and is Lecturer in Video, Film, and Visual Communication at the University of Limerick (Ireland). He is Vice-President of the Irish Science, Sound, and Technology Association (ISSTA) and is on the board of Interference: Journal of Audio Culture. Visit robinparmar.com and stolenmirror.com.