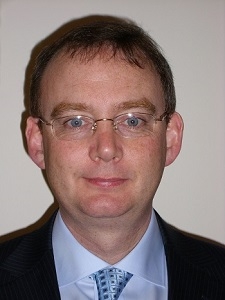 
Prof. Gary Walsh is Chair of Industrial Biotechnology at the University of Limerick, Ireland. He obtained BSc & PhD degrees from the National University of Ireland at Galway in 1986 and 1989, respectively and more recently a graduate diploma in academic practice from UL in 2009. Prior to joining the university in 1994 he held the following industrial positions: Senior research scientist, Alltech Ireland Ltd., Production manager, Bioniche pharmaceuticals, Research scientist, Olympus diagnostics.

His research and scholarship interests span enzyme and pharmaceutical biotechnology as well as curriculum design and he was the recipient of the university's special achievement in research award in 2006.

His 106 class 1' publications include: 9 authored books, 2 edited books, 17 book chapters and 78 journal articles. In addition he has authored 94 refereed conference proceedings, 5 book reviews and 7 reports. Three of his books are international student biotechnology textbooks that have gone to second edition and for which Chinese and Japanese foreign language editions have been published.

He has participated in research grant proposal applications which have successfully secured 3.1 million in funding, of which his personal share is 1.7 million. He has supervised/continues to supervise 22 researchers (14 postgraduate & 8 post-doctoral). He has served as a research proposal evaluator for various scientific funding bodies in Ireland, Holland, Norway and the UK.

He teaches various biotechnology modules in Limerick and was the recipient of the university's excellence in teaching award in 2003. He has served as course director, B.Sc. industrial biochemistry for 2 terms and as the University's (acting) dean, teaching & learning from August to December 2004. He has lectured on taught courses at the University of Grenoble, France, the University of Jyvaskla, Finland and the National University of Ireland at Galway.

He chaired the University of Limerick institutional committee preparing for the 2012 institutional quality review and was the main author of the associated Institutional Self Assessment Report.

He has served as (founding) editor, biotechnology section, of the European Journal of Pharmaceutics and Biopharmaceutics and as a member of the editorial boards of Biopharm. International, New Drugs and the Encyclopaedia of Industrial Biotechnology. He has also served as scientific secretary and as a member of the board of governors of the European Association of Pharmaceutical Biotechnology and is a former Fulbright research visiting professor at the University of Georgia, in the United States.

Enzyme biotechnology: The development of renewable sources of liquid fuels as an alternative to fossil fuels is receiving increasing global attention due environmental, economic and energy security concerns. The production of bioethanol from cellulose-based raw materials (e.g. grass, straw & wood) is at the forefront of this technology, but a major stumbling block is how to effectively degrade the cellulose to its glucose building blocks (the glucose is then fermented to ethanol, basically by brewing technology). A major ongoing focus of my research group is the identification and use of enzymes (proteins that speed up chemical reactions) derived from thermoacidophilic bacteria (bugs that grow best in boiling acid) to more efficiently achieve cellulose degradation (a process that currently usually entails the use of boiling acid). These enzymes are also academically interesting because they work best under such extreme conditions. An additional focus of my research group is to identify selected enzymes produced by acidophilic bugs which can be used as digestive supplements in humans or animals (working in the acidic environs of the stomach). For example, the identification of acid-active lactase' enzymes to degrade milk lactose in the stomach, thereby alleviating lactose intolerance (which effects up to 75% of the world's adult population).

Pharmaceutical biotechnology (Biopharmaceuticals): Biopharmaceuticals are drugs (mainly proteins such as insulin and antibodies, but also pieces of DNA called gene therapy' products) that are synthesized biologically (as opposed to chemically), usually via genetic engineering. These products are at the cutting edge of the pharmaceutical sector, recording sales of 107 billion in 2011. My research in this area focuses largely upon altering the method of manufacturing (bioprocessing) of these products in order to achieve manufacturing more economically and making it more environmentally friendly in the process (green pharmaceutical manufacturing) We also work on stabilizing such proteins by attaching a chemical called PEG to them, as well as on the identification & analysis of trends/ likely future directions in biopharmaceutical production systems/ products/regulatory science.

Teaching at college and university: effective strategies and key principles

Drug approval in the European Union and the United States

Drug approval in the European Union and United States

Drug approval in the European Union and the United States

The Degradation of Oligonucleotide-based Pharmaceutical Products by Selected Chemical Means

Registration of enzymes and biological products around the world; current analytical methods for feed enzymes and future developments

The pharmaceutical biotechnology content of pharmacy programs within Europe: A survey

Core concepts suitable for education and training for the biopharmaceutical industry

Identification and characterization of a phytase of potential commercial interest

Drug approval in Europe - The EMEA gets good grades, but has room for improvement

A novel acid-stable, acid-active beta-galactosidase potentially suited to the alleviation of lactose intolerance

Biopharmaceuticals: Approvals and approval trends in 2004

Production, purification and application-relevant characterisation of an endo-1,3(4)-beta-glucanase from Rhizomucor miehei

Protein post translatioal modification in the context of biopharmaceuticals

The industrial production of enzymes.

Assessment of the potential suitability of selected commercially available enzymes for cleaning-in-place (CIP) in the dairy industry.

The importance of and an approach to comprehensive reflective practice

Biopharmaceuticals, the bodie's own drugs

Purification and characterization of extracellular phytase from Aspergillus niger ATCC 9142

Enzymes, the workhorses of biotechnology

Enzymes in the animal feed industry

Biopharmaceuticals and biotechnology medicines; an issue of nomenclature

Enzymes in the animal feed industry

The international conference on environmental science and technology (ICEST 2010)