Mumps cases in Limerick have increased by almost 600 per cent in the past year, Limerick Voice newspaper has revealed.

The award winning newspaper, produced by the fourth year and MA students of Journalism at University of Limerick and published this Thursday with the Limerick Leader, reports how the Health Service Executive (HSE) has been notified of 105 cases of mumps so far this year.

This is in comparison with 18 cases for the whole of last year - an increase of almost 600 per cent.

Limerick Voice reports how the outbreak in Limerick is part of a wider national increase this year with statistics gathered by the Health Protection Surveillance Centre (HPSC) showing that the majority of cases occurring in the 15 - 24 age group.

The upsurge in cases among this age profile is believed to be linked to the fall in uptake of the MMR jab in those due for vaccination from 1998 onwards.

“Our front-page story highlights the frightening results of vaccine hesitancy that stemmed from the now discredited research in 1998 linking the MMR vaccine with autism,” explained Limerick Voice editor Nicole Glennon.

“The uptake of the vaccine in Ireland dropped to 70 per cent, and our front page figures show this generation is the first to see the consequences with a stark re-emergence of mumps in our age group.”

Speaking at the launch of Limerick Voice 2019 newspaper at UL this Thursday, Ms Glennon said the mission statement for this year’s project was to “inform, engage and inspire the people of Limerick” with thought-provoking and innovative content across a range of media platforms.

“As a young team, we’ve endeavoured to highlight the issues facing our generation that we feel haven’t been given the coverage they deserve. Stories cover the growing issue of anti-anxiety drug abuse among young people in the city, to young local women selling explicit content on social platforms and the appalling length of time young local transgender people are waiting for treatment,” she added.

Crescent College Comprehensive student Iona Logan, 17, who has been climate striking for 50 weeks, is pictured on the front page of Limerick Voice, which is available free with this weekend’s edition of the Limerick Leader newspaper.

Other stories featured in the newspaper, which runs to 48-pages for the first time in its history, include an interview with a local farmer who is set to transform a 143-acre beef farm to a vegan-friendly haven and a special feature on the Mid West School for the Deaf, which marks its 40th anniversary in Limerick next month.

Limerick’s Olympic hockey hero Roisin Upton features on the Sports pages along with Moyross native Haleigh Kiely, who is on track to take world kickboxing by storm.

The power of community spirit is also celebrated with four pages dedicated to stories about people and projects in Limerick’s regeneration areas.

Limerick Voice is a multi-media news project taught as part of the BA and MA in Journalism programmes in UL. The project has been shortlisted for many national media awards and last year the Voice was named Newspaper of the Year at the National Student Media Awards. The paper also won the prize for Best Layout and Design at this year's awards.

Speaking at the launch of Limerick Voice, Professor Helen Kelly Holmes, Dean of Arts, Humanities and Social Sciences at UL, said: “Once again, I am so impressed by the standard and quality of Limerick Voice. The students produce this in a real-time, high pressure environment. The experience gained through producing Limerick Voice is one of the reasons that our graduates are work-ready and take up leading positions in local, national and international media. I would like to thank Kathryn Hayes and all of the Journalism staff for their time and dedication and all the media outlets that support and cooperate with us in delivering our Journalism programmes, in particular the Limerick Leader without whom the publication of Limerick Voice would not be possible.”

UL Course Director in Journalism and New Media, Kathryn Hayes, who oversaw the production of the paper, said the experience of working on Limerick Voice provides vital real life experience for students.

“Experiential learning is a key element of our journalism teaching in UL and working on Limerick Voice enables students to get first hand experience of reporting across all digital platforms producing valuable news content for multi-platform use. This year the team produced the largest newspaper to date and at 48 pages this was a massive achievement. We are particularly grateful to the Limerick Leader newspaper for their continued support of this project.” 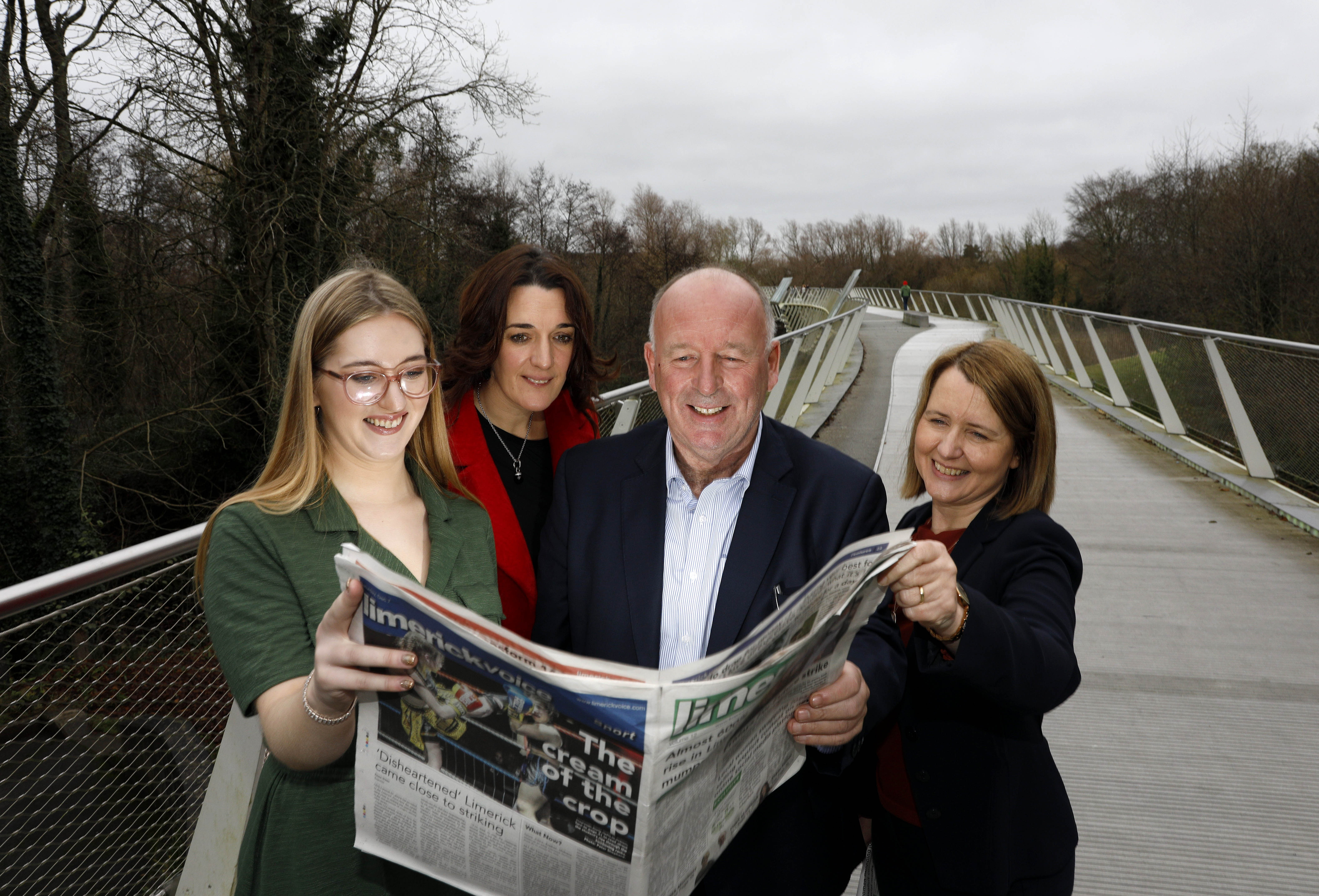