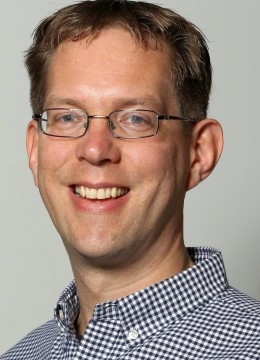 Pepijn van de Ven is a Senior Lecturer in the department of Electronic & Computer Engineering, Faculty of Science and Engineering, at the University of Limerick (UL). Pepijn received an MSc in Electronic Engineering from the Eindhoven University of Technology (Netherlands) in 2000. He subsequently worked for Philips Research Laboratories investigating new RF front-ends for 3G handsets. In 2002 Pepijn obtained an IRCSET award to pursue a PhD at UL on the ‘Identification and Control of Marine Vehicles Using Artificial Intelligence Techniques’. After finishing his PhD in 2005, Pepijn had several postdoctoral positions in the area of technologies for ambient assisted living before becoming a Senior Research Fellow in 2007. In 2018 he joined UL's teaching staff as a Senior Lecturer. Pepijn has secured numerous national and international research awards totalling more than €1.7 million in funding to UL and is currently UL lead on the UK-MRC funded PROACTIVE project with King's College London and the University of São Paulo.

Pepijn’s research interests are the application of artificial intelligence and machine learning to mobile sensing for biomedical applications with a particular focus on the area of eMental Health. Furthermore Pepijn has a keen interest in mobile app development for Android.