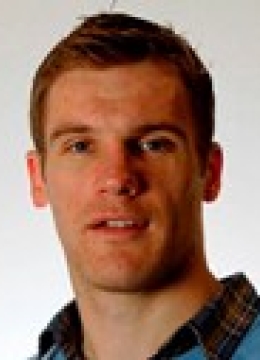 Dr. Brian Carson graduated with a first class honours BSc. in Sport Science and Health from the School of Health and Human Performance at Dublin City University in 2005. Brian subsequently undertook a PhD funded by a scholarship from the Irish Research Council for Science, Engineering and Technology (IRCSET) entitled “The regulation of metabolic gene expression in human skeletal muscle by exercise: the influence of exercise intensity and contraction frequency” which was awarded in 2010. He then was appointed as a postdoctoral researcher funded by Diabetes UK at the Department of Cellular and Molecular Physiology at the University of Liverpool where he spent 18 months investigating the intracellular trafficking and release of the adipokine adipokines. From there, Brian joined the team in the Physical Education and Sport Sciences department at the University of Limerick as a lecturer in Exercise Physiology in January 2011 where he is pursuing research into the role of exercise and nutrition in the regulation of metabolism for performance and health.

Interests: Brian has a keen interest in all things sport, but predominantly Gaelic football. He currently plays for his club Monaleen in Limerick and he is the current head coach with the Clare Senior Football team (https://clare.gaa.ie/). He has carried out physiological and performance testing on numerous soccer, rugby, and inter-county GAA teams. His interest and applied work in sport and performance crosses into his research and Brian is currently working as part of a multi-disciplinary team investigating the role of strength training in endurance performance and the role of nutrients in bone health of endurance athletes.