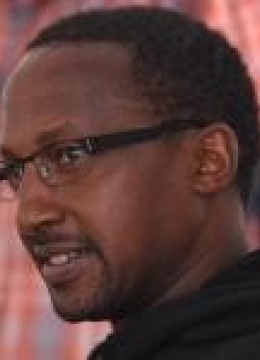 Alphonse is from Burundi and has been involved in creating, leading and collaborating on a variety of community development initiatives in Ennis and the surrounding county. Alphonse is polyglot, speaking three European languages (French, English and Russian) and three African languages (Burundian, Rwandese and Swahili). Since coming to Ireland, Alphonse has completed studies in the field of Community Development, legal studies, Social Inclusion, graduating with a Master of Arts in Peace and Development Studies from the University of Limerick in 2017. He has conducted and participated in many types of research on immigrants and ethnic minorities issues in Ireland co-founding the Clare Intercultural Network in 2005 and the Intercultural and Diversity Education Centre in 2010. He is a former chair of Ennis CDP and has served on different committees with and for disadvantaged people, mainly immigrants and Travellers living in Co. Clare.