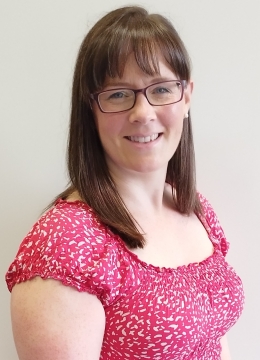 Siobhán Howard completed her undergraduate and postgraduate studies in the School of Psychology, National University of Ireland, Galway (NUI Galway), graduating with her PhD in 2008. Since then, Siobhán has worked as a postdoctoral researcher at NUI Galway in the Centre for Research on Occupational and Life Stress (CROLS) and the School of Psychology (2008-2011), lecturer in psychology at the Department of Psychology at Mary Immaculate College (2011-2017), and currently works at UL as Senior Lecturer in Psychology in the Department of Psychology at the University of Limerick. She is the past holder of an Irish Research Council New Horizons Research Project Award, a Royal Irish Academy Charlemont Award, and in 2015 and was joint National Co-Ordinator of the European Social Survey in Ireland (with Dr Brendan O'Keeffe, Mary Immaculate College) from 2016-2018.

My research interests rest in the overlap between behavioural medicine and individual differences. My primary conceptual contributions concern the isolation of key individual differences not just as representing patterns of etiological variation, but as comprising the biological bases for etiological risk. In other words, rather than mapping more correlational linkages between risk factors and outcomes, I have developed novel experimental paradigms with which to experimentally establish biologically plausible pathways linking personality to disease. In particular, my experimental work in testing the role of Type D personality in cardiovascular disease mechanisms has been highly significant in supplementing the otherwise statistically-focused datasets implicating this typology in health outcomes. Through a series of experimental studies, I have shown that healthy persons with Type D personality exhibit attenuated (i.e., maladaptive) cardiovascular stress responsivity in precisely the same way as shown by persons with severe depression or obesity.