MaREI researchers Petar Trslic (CRIS,UL) and Luke Robinson (CRIS,UL) presented two papers at OCEANS 2019 in Seattle. During the conference, it was also announced that the OCEANS 2023 conference will be held at the University of Limerick, hosted by the Centre for Robotics and Intelligent Systems (CRIS) and UL Conference & Sports Campus. The conference will be jointly organised with the Marine Institute. OCEANS is the bi-annual event for global marine technologists, engineers, students, government officials, lawyers, and advocates. This prestigious conference and exhibition draw an audience of more than 1,000 attendees. OCEANS 2023 will also be an excellent opportunity to support the UN Decade of Ocean. It is an initiative that gathers ocean stakeholders worldwide behind a common framework that will ensure ocean science can fully support countries in creating improved conditions for sustainable development of the Ocean. 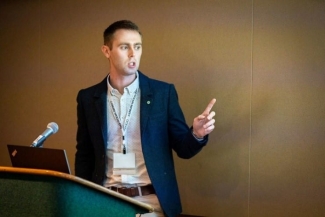 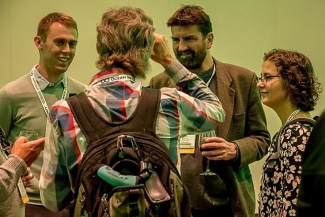